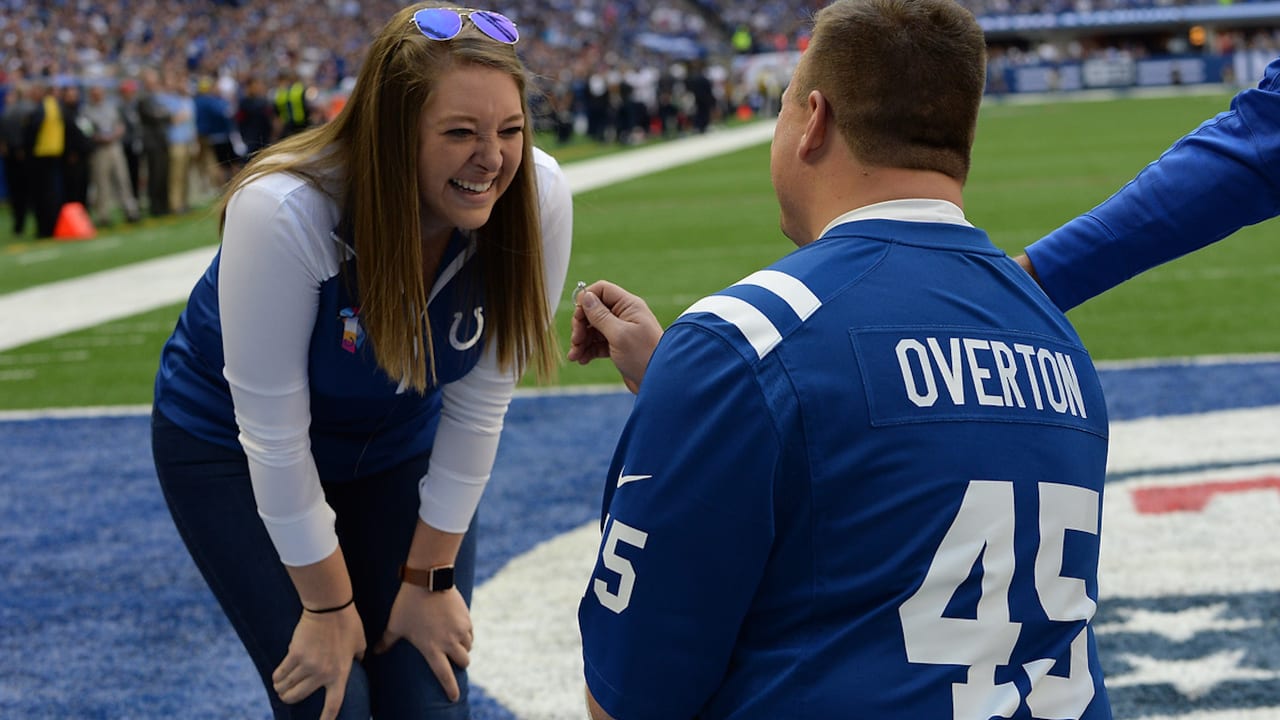 Violante and his staff chose Brandan and Kim for the game day proposal – and got right to work.

“I planned on doing this around Christmastime,” said Brandan. “There was a lot of working behind the scenes with Diamonds Direct to get the size right and the ring picked out and working with the Colts, asking her father for her hand in marriage – all of this took place in about 10 days when I thought I had a few months.”

Brandan told Kim they were chosen to play a game during the Colts game against the Houston Texans on October 20th.

“He said he filled out something online to sign up for these games and he won and we had a chance to win Super Bowl tickets,” she said. “I was like, ‘That would be cool. I’ve never been to a Super Bowl.’ I kept thinking of him and wanting to go to a Super Bowl game because he’s never gone either.”

When Sunday came, Brandan was having trouble keeping it together.

“I was very nervous this morning. I was shaking a lot. She was like, ‘What is wrong with you?’”

During the first quarter of the game, representatives from the Colts escorted Brandan and Kim onto the field to play the “What’s in the Box Challenge.”

With three boxes lined up in front of them, Kim had to reach in and try to guess what was in box A.