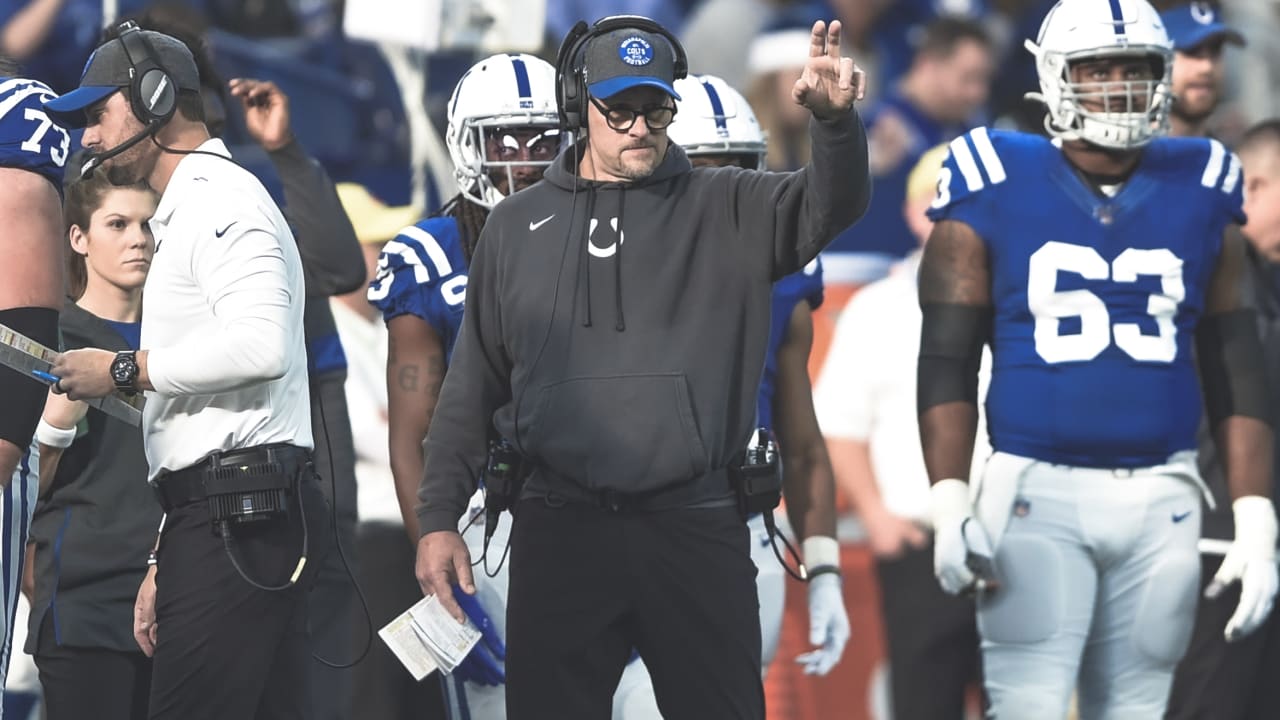 2. Nyheim Hines has developed into an every-down-type of running back: While Hines entered the league in 2018 as more of a specialist back — with a role carved out for him on third down or in empty-back sets — Rathman said the speedy North Carolina State product has earned so much trust over the past two seasons that he could be utilized on any down, in any situation.

“He’s just developed into a really, really good running back,” Rathman said of Hines. “A lot of people wanna kind of pigeon hole him and saying, ‘Nah, he can’t play first and second down. You gotta be a specialty player. We gotta play you in an empty package.’ I don’t believe that with Nyheim. I think he’s developed into a football player; that I trust him as an every-down player.

“And, really, that’s the biggest compliment that you can give to a player, is to play him on every down, and not to say, ‘Hey, you’re a third down back,’ or, ‘You’re a short-yardage, goal line runner.’ This guy can do it all. So we need to improve, you know what I’m saying? But he’s right on track, and I saw the improvement late in the season and I’m guaranteeing it’s gonna carry over into the next year.”

Rathman said he saw Hines’ confidence hit a new level heading into the final two weeks of the 2019 season; Hines returned two punt returns for touchdowns Week 16 against the Carolina Panthers, and that carried over into his offensive role.

“He’s becoming an electrifying-type player,” Rathman said. “And really I saw it turn about the last two weeks of the regular season this year. We had a talk in our room — I had a talk with the group — and told them where they needed to go these last two weeks, being out of the playoffs and everything, and about getting better and putting it on tape so everybody could see it. And here, again, that was the week that he had the two punt returns for touchdowns. And I think that helped him build confidence.”