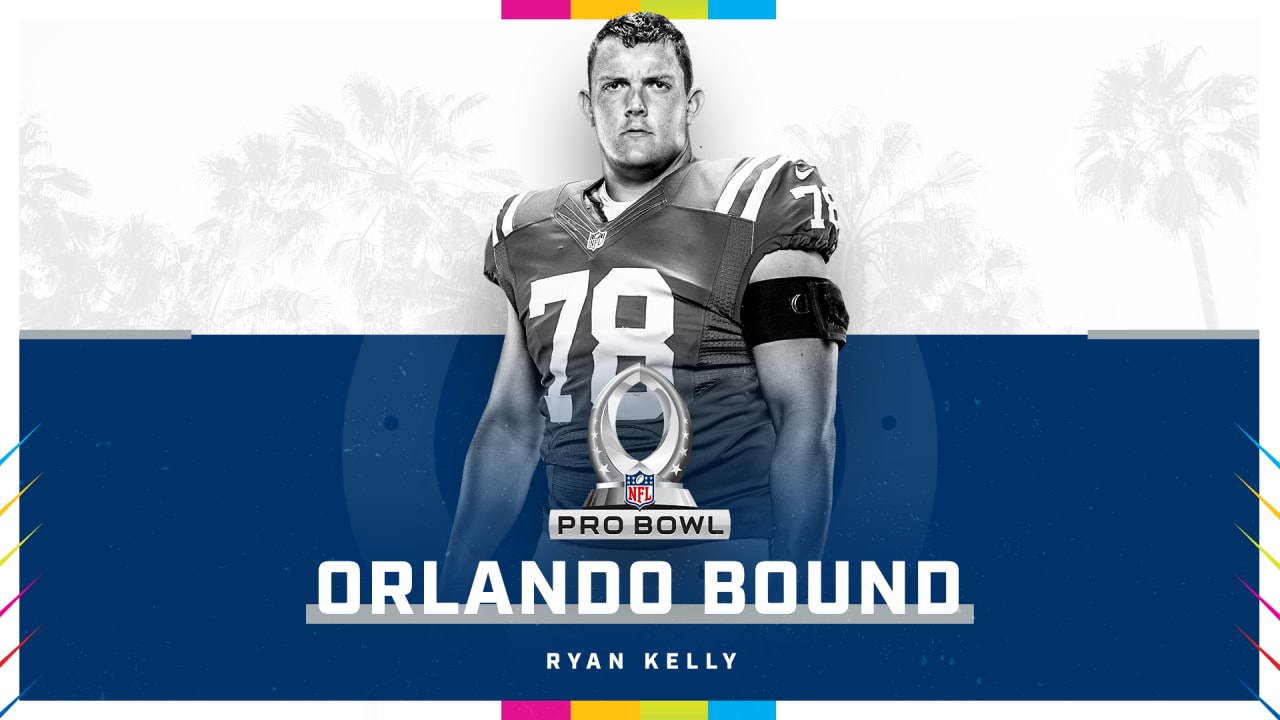 INDIANAPOLIS — Ryan Kelly is headed to his first-career Pro Bowl.

The National Football League announced today that Kelly, the fourth-year Colts center, has been selected as an alternate to play for the AFC team in the 2020 Pro Bowl, replacing Pittsburgh Steelers center Maurkice Pouncey, who is unable to participate due to injury.

Kelly will join fellow offensive lineman Quenton Nelson and linebacker Darius Leonard as the three Colts representatives at this year’s Pro Bowl, which will be held Saturday, Jan. 26, at Camping World Stadium in Orlando, Fla., and is being televised on ESPN.

Kelly, 26, played in all 16 games in 2019 for the Colts, and anchored one of the league’s top all-around offensive lines. Indy ranked seventh overall in rushing at 133.1 yards per game — just 1.5 rushing yards per game fewer than the fifth-place Dallas Cowboys — while the team’s sack percentage (5.87) ranked tied for eighth in the league.

Kelly, according to Pro Football Focus, was the sixth-highest graded center in the league (73.0); his 74.6 run-blocking grade was fourth at the position, and he was only one of seven full-time centers to allow one or fewer sacks on the year.

Asked towards the end of the season where he thought Kelly ranks among the elite centers in the league, Colts head coach Frank Reich said “he is in the middle of that conversation, in my mind.”

“There is no doubt about it — he is one of the best in the league,” Reich said. “I don’t study all the guys in the league (and) obviously I am very subjective, but he is as good as there is in my mind. He can run block, he can pass block. He has elite football intelligence. He is tough. He’s got alpha male leadership qualities to him.

Kelly is the first Colts center to be named to the Pro Bowl since Jeff Saturday in 2010, and is the fifth center in franchise history to be selected to the league’s annual all-star game, joining Saturday (five Pro Bowl selections), Ray Donaldson (four), Bill Curry (two) and Dick Szymanski (four). The Colts are also sending two offensive linemen to the Pro Bowl for the first time since 2006 (Saturday and Tarik Glenn).

Initially selected as an alternate for a second straight year in 2019, Kelly told Colts.com on Dec. 24 that if he ever made it to the Pro Bowl that “it’d be a huge honor.”

“Yeah, it’s cool. Just to say ‘Pro Bowl center’ or ‘Pro Bowl guard,’ or whatever, it’s a big accomplishment,” Kelly said. “Obviously nobody gets there by themselves. But you have that forever — they can’t take it away from you.”