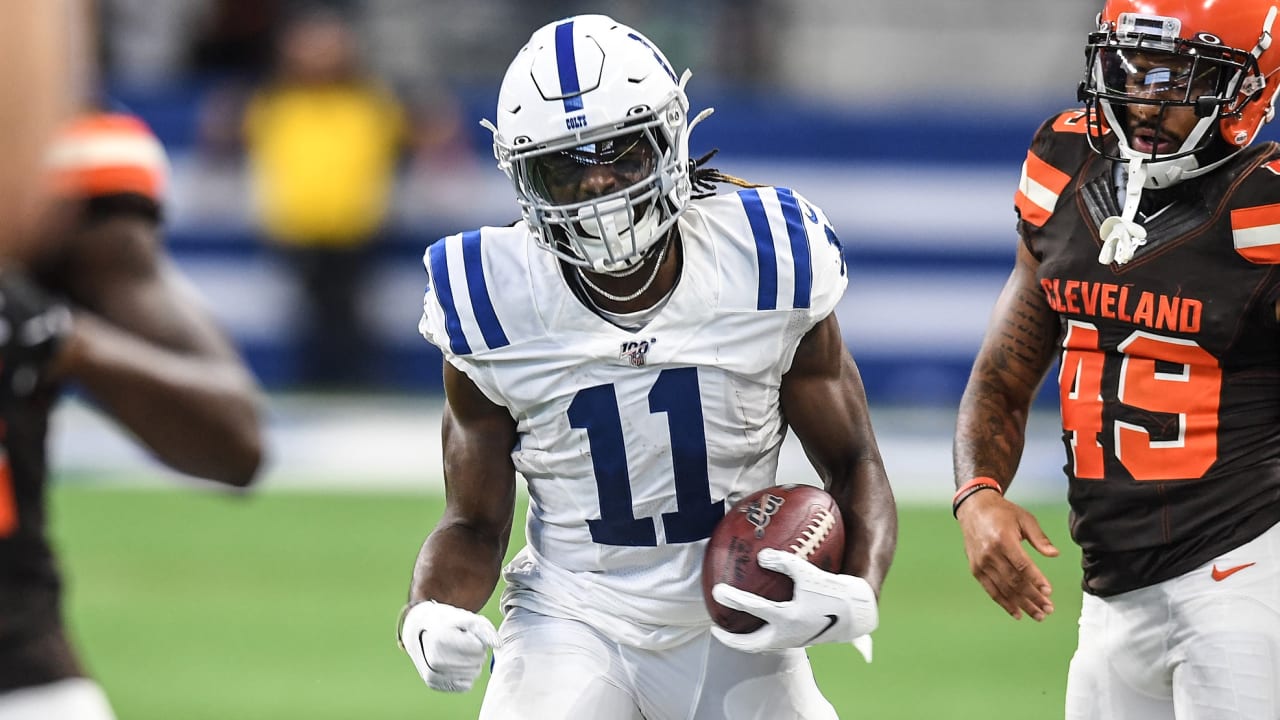 INDIANAPOLIS — Deon Cain had been waiting quite a while to turn on the jets in a real game setting once again.

On Aug. 9, 2018, Cain went down with a season-ending knee injury in his very first NFL preseason game against the Seattle Seahawks. At the time the sixth-round pick had been impressing on a daily basis in training camp practices, showing exactly why he was a top weapon for the national champion Clemson Tigers.

The way Cain has been moving, it’s almost as if he never tore the ACL in his left knee just 375 days ago.

As with any return from injury, it’s taken plenty of reps for Cain to get to where he is. That confidence, he hopes, should then continue to help him reach his true potential.

“It’s been growing a lot,” Cain said of that self-confidence. “I’ve just been making a lot of plays and and practice, been getting a little bit more reps, and I’ve been trying to take advantage of it and just really trying to keep going for it because I had a freak injury last year, but now I’m just trying to get better and to become that big-time receiver I could be.”

Cain had a couple noteworthy catches against the Browns, but his best play was a 38-yard catch-and-run midway through the third quarter.

With Phillip Walker at quarterback for Indy following a Cleveland touchdown, the Colts faced a 1st and 10 from their own 25-yard line. Lined up in shotgun, Walker took the snap and immediately looked for Cain, who had lined up out wide to the left, opposite a trips formation on the opposite side of the line.

Browns cornerback Robert Jackson, who originally lined up across from Cain, took off on a blitz on the snap, leaving Cain in one-on-one coverage against safety J.T. Hassell. Thanks to a nice pickup by running back Aca’Cedric Ware on the blitzing Jackson, Walker had just enough time to find Cain on the slant route, delivering a perfect pass right in between Hassell and safety Sheldrick Redwine, who proceeded to whiff when trying to take Cain down once he caught the ball around the 40-yard line.

That allowed Cain the opportunity to stick his foot in the turf and take off, accelerating almost 25 more yards to the Cleveland 37-yard line before he was finally taken down by Hassell.

“It felt good because I’ve been trying to get a long run, but he kinda caught me real quick after I caught the ball,” Cain said of that play. “I didn’t really get into my sprinter stance, but it is what it is now. I just want to keep building off of that.”