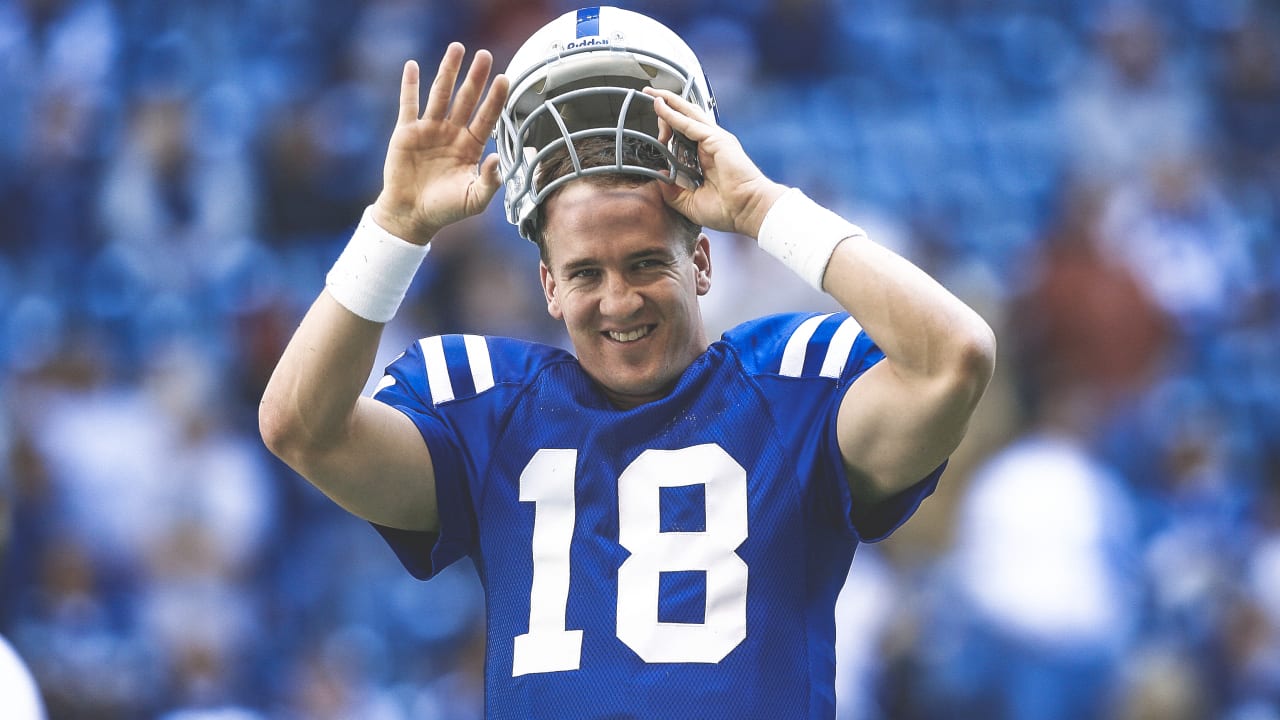 Manning is undoubtedly one of the NFL’s more notable “characters” of the past quarter-century, as he has been able to parlay his success on the field into all kinds of notable roles on TV. The No. 1-overall pick of the Colts in the 1998 NFL Draft, Manning would go on to become one of the greatest quarterbacks in league history; by the time he retired following the 2015 season, he was the NFL’s all-time leader in career passing touchdowns (539) and passing yards (71,940); single-season passing touchdowns (55) and yards (5,477); wins (201, including playoffs); game-winning drives (56); comeback wins (45); four-plus touchdown passes in a game (35); 4,000-plus yard passing seasons (14); consecutive seasons with at least 25 passing touchdowns (13); and most Associated Press NFL Most Valuable Player awards (5; 2003, 2004, 2008, 2009, 2013). In 2017, a Manning statue was unveiled outside of Lucas Oil Stadium on a day that he also had his No. 18 retired by the Colts and was inducted into the team’s Ring of Honor. Off the field, Manning has famously pedaled a number of mainstream products in commercials, he’s hosted Saturday Night Live and the ESPYS and he’s also appeared as a guest star in a number of TV shows — and even lended his voice to an animated character in the movie Ferdinand.