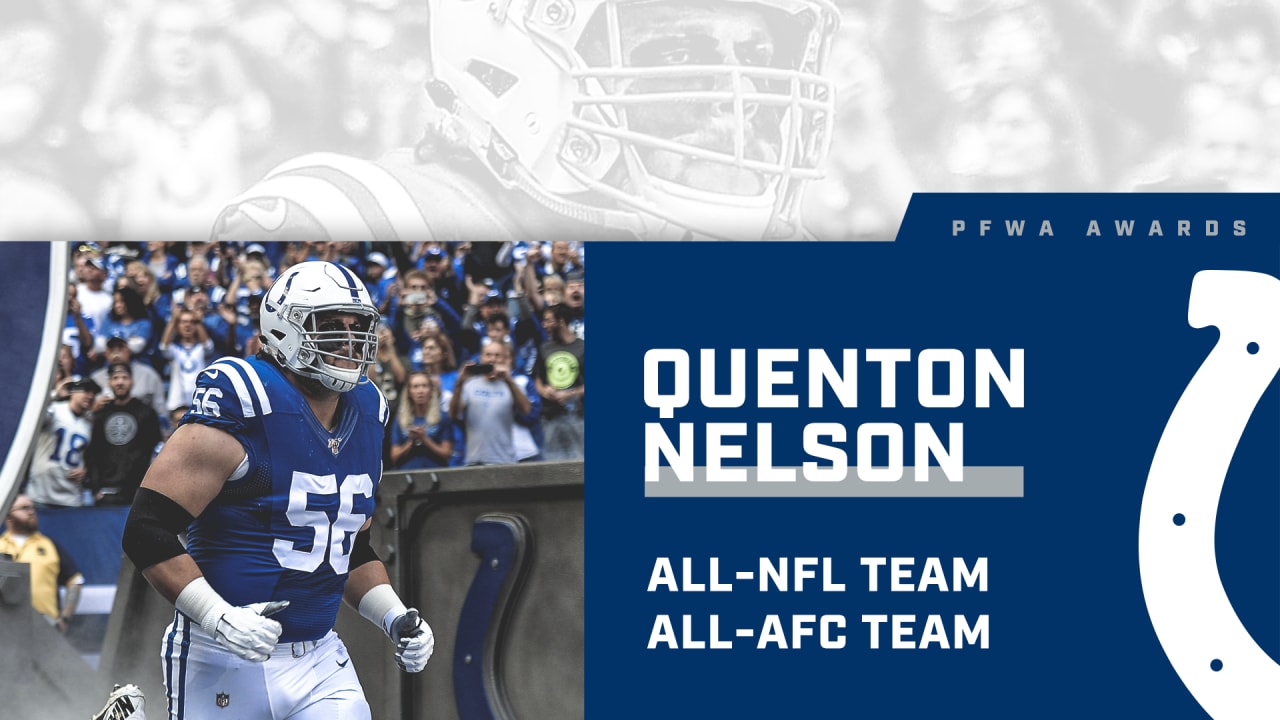 » Nelson is a PFWA All-NFL/All-AFC selection for a second straight year to begin his career. He followed up his All-Pro rookie season in 2018 with another First-Team All-Pro nod in 2019, becoming the first NFL offensive lineman to be named First-Team All-Pro in his first two seasons in more than 70 years. According to Pro Football Focus, this was Nelson’s best season yet (91.2) after he was one of just eight NFL guards to allow a combined 20 or less quarterback pressures, including zero sacks. Earning PFF’s third-best run-blocking grade of any offensive lineman, Nelson helped the Colts rack up 2,000 rushing yards for the first time since 1994.

» Leonard, also a 2018 NFL Draft selection by the Colts, makes the cut on the PFWA All-AFC team for a second straight year to open his career. He performed at a historic level as a rookie in 2018, and he did it again in 2019 despite missing three games. This season, he racked up 121 tackles (seven for loss), 5.0 sacks, two forced fumbles, five interceptions, seven pass breakups and his first-career touchdown, leading to his second consecutive All-Pro honor (Second-Team) and first Pro Bowl selection. According to Pro-Football-Reference.com, it was just the ninth time since at least 1982 that a player has accumulated at least five sacks and five interceptions in a single season.