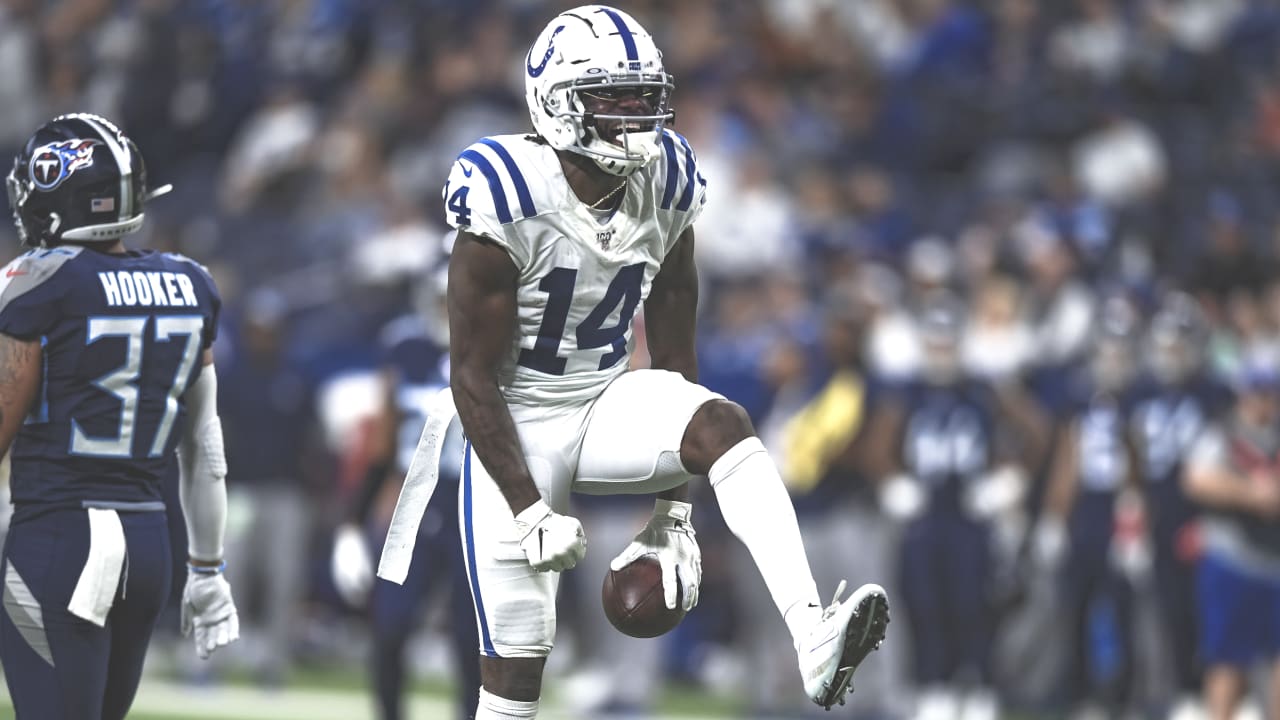 INDIANAPOLIS — In recent memory, “next man up” has never been so critical for the Indianapolis Colts’ offense, and Zach Pascal has repeatedly answered that call this season.

In a game in which the Colts entered without the injured T.Y. Hilton, Devin Funchess, Parris Campbell and Eric Ebron — and then lost Chester Rogers to a knee injury early in the contest — the team needed Pascal to stand up and take the reins Sunday at home against the Tennessee Titans, and he did just that. Unfortunately, the Colts were unable to capitalize on Pascal’s performance and lost control of the game, falling 31-17.

While already in the midst of his most productive NFL season to date, Pascal helped spearhead a Colts passing game that has lacked consistent production in recent weeks, totaling new career highs in receptions (seven) and receiving yards (109).

All seven of Pascal’s receptions went for first downs, and he totaled four “chunk plays,” which the Colts consider to be passing plays netting 16 yards or more. His day resulted in the second 100-yard game of this season (and his career).

Colts players having to step in for their injured counterparts has been a theme this season, especially among the pass-catching group. Many players on the Colts roster are either very young, inexperienced or both.

The experienced Jack Doyle also had a solid afternoon Sunday against the Titans, finishing with six receptions for 73 yards and a touchdown. But also getting in the mix were younger receivers like Marcus Johnson, who had four receptions for 55 yards, as well as undrafted rookie Ashton Dulin, whose first-career reception on Sunday went for 13 yards.

“You can say it’s difficult, but we’ve got a lot of guys that came in and stepped in,” Pascal told reporters after the game. “Ashton Dulin, I mean he was thrown into the fire today. He made a couple of great catches and if you turn on the film, he had great blocks as well. Marcus Johnson made plays. We all came out today man, we just tried to fight to the end to the best of our ability. But like I said when guys go down, it’s the next man up and Ashton Dulin and Marcus Johnson came in today and played very well.”

In the five games prior to Sunday’s matchup with the Titans, the Colts were averaging just 163.4 passing yards per game. The ground game was shouldering the load and doing it quite well, but they were missing something through the air.

The Colts were able to obtain the elusive X-factor they’d been looking for — big plays through the air — through the first two-plus quarters of Sunday’s game. They often came as a result of play-action passes as the Titans stacked the box to try and stop the Colts’ third-ranked rushing attack. The Colts would nearly double their net passing yardage that they’d averaged over those last five contests, finishing with 309, and had nine “chunk” passing plays of 16 yards or more, their second-best such outing of the year.

“Just improving on the week before. Our passing game wasn’t good, so we just tried to set up the run, set up the run, and hit ’em with a couple play-actions,” Pascal said of the approach against the Titans. “Our coaches drew up a couple great plays, and we were able to execute.

“I mean, when you look on paper and you see T.Y. out, Chester was out, Funch was out, Campbell out, I would load the box, too, thinking that we’re gonna run the ball with the names that you see on paper,” Pascal continued. “But the guys that stepped in, they made plays today, from me, to Ashton to Marcus.”

With Sunday’s loss to the Titans, and the AFC South Division-leading Houston Texans’ victory over the New England Patriots , the Colts need to immediately rebound and get significant help in other remaining matchups in order to make the playoffs, as they currently sit as the AFC’s ninth seed with just four games left.

The Colts are down, but certainly aren’t completely out just yet. With their backs against the wall, they’re choosing to fight.

And despite the most productive game of his career, a loss to a division rival was no time for Pascal to relish in his personal successes. When asked about his performance, nothing seemed further from the forefront of his mind.