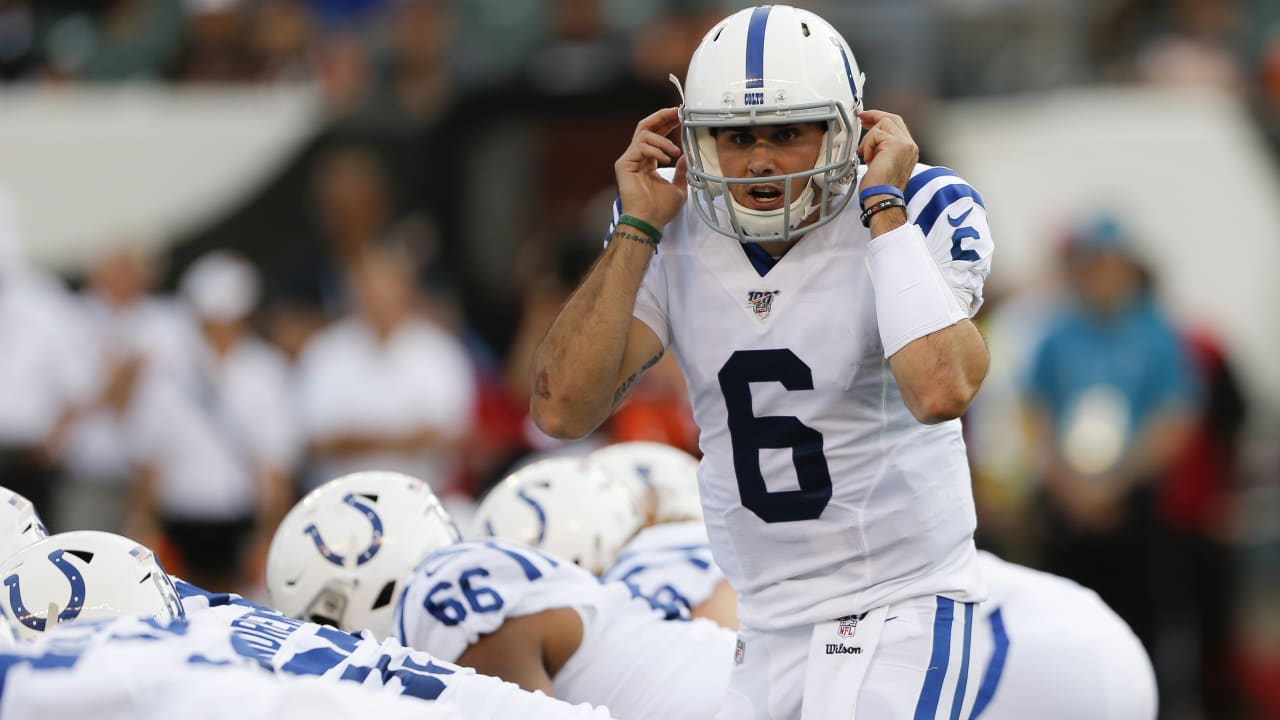 INDIANAPOLIS — One way or another, the Indianapolis Colts hope to make a decision about a possible roster spot for quarterback Chad Kelly soon.

Head coach Frank Reich said he had a “long conversation” with general manager Chris Ballard Monday morning about the plan moving forward for Kelly, who was suspended the first two games of the regular season.

Now that Kelly is officially on the “exempt/commissioner permission” list, the Colts have a little bit of time to put that plan into action.

“That move will be forthcoming here in the next day or two,” Reich said Monday in his weekly conference call with reporters.

Signed by the Colts as a free agent on May 20, Kelly, 25, impressed with the work he put in during the offseason workout program through training camp, but it was his play during the preseason that really caught some eyes.

In four games, the Ole Miss product completed 54-of-73 passes (74 percent) for 583 yards with two touchdowns and two interceptions apiece. Kelly also proved to be more-than-capable of making plays with his feet, finishing with 10 total rushing attempts for 107 yards and two more scores on the ground.

But once former starter Andrew Luck announced his surprise retirement from the NFL on Aug. 24, the Colts knew they had to find a capable backup for new No. 1 quarterback Jacoby Brissett due to Kelly’s impending suspension to start the regular season.

From here, the Colts face a few options when it comes to Kelly: they can add him to the active roster and carry three quarterbacks; they can subject him to waivers and hope he goes unclaimed so that they can re-sign him to their practice squad; or they can outright release him.

Whatever the case ends up being, expect to hear about which option they choose soon.

“That’s what Chris (Ballard) and I had a long conversation about this morning,” Reich said Monday in his weekly appearance on 1075 The Fan’s “Colts Roundtable Live.” “And we’re prepared to make a decision on that; that decision will come out here in the next 24, 48 hours.”