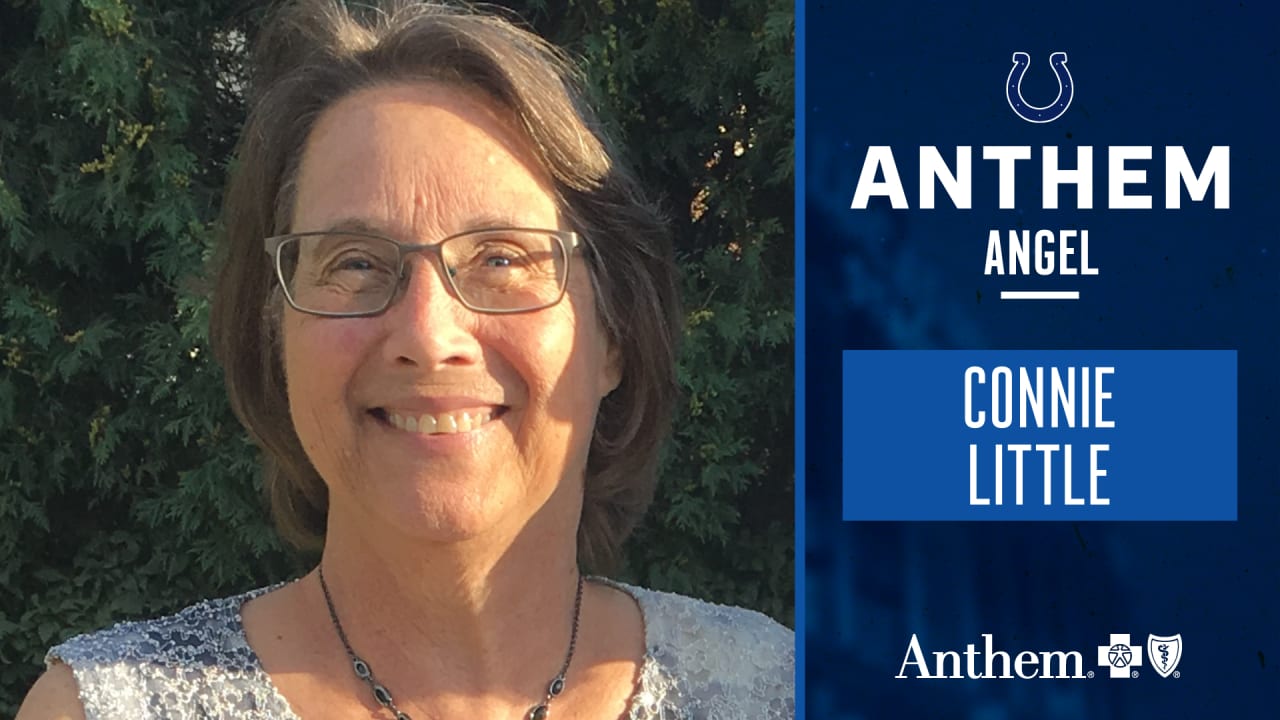 Indianapolis – For the 12th year, the Indianapolis Colts and Anthem Blue Cross and Blue Shield will celebrate “Anthem Angels…Honoring Everyday Heroes,” Hoosier public and civil servants who have made community contributions beyond the call of duty, but may have received little public recognition.

One “Anthem Angel” is selected and notified prior to each regular season home game. Each “Angel” receives four VIP tickets, a feature story in the Colts gameday magazine (The Scout) and on Colts.com, as well as special recognition on the stadium big screen.

Upon graduating from the Indiana University School of Nursing in 1971, Connie began her 40-year career at Riley Children’s Hospital. There, Connie worked across several units (ICU, Short Stay, Teen Unit, and Day Surgery / Recovery) where she was able to take care of countless patients and their families. Connie also had the opportunity to mentor and teach students, which allowed them to grow as young professionals.

Since retiring in 2011, Connie is now a part-time substitute nurse for numerous school districts within the central Indiana community.

The Colts will accept nominations for future “Angels” at Colts.com/AnthemAngels through December 1. Nominees should be employed in human service-related professions, from first responders to educators and social workers. Nominations also must include a brief essay about the nominee, sharing their efforts that make him or her a hero.