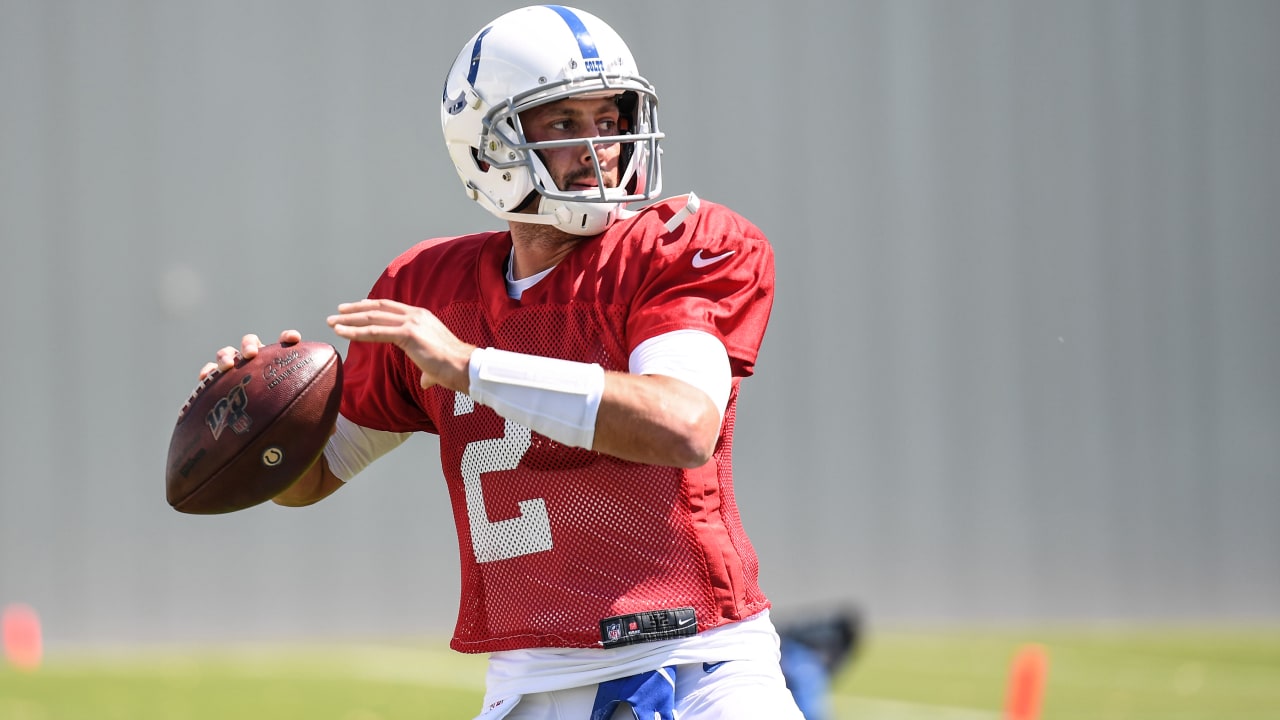 Hoyer, as he alluded to, will initially lean on Brissett and the Colts’ coaches to get him up to speed as quickly as possible. Wednesday was Hoyer’s first official practice with the team, which travels to take on the Los Angeles Chargers on Sunday in their 2019 season opener.

Hoyer is taking that task in stride, at least.

“I was telling Jacoby it’s like, imagine studying Spanish for four years in college and then, like, the last week before finals they’re like, ‘Alright, here’s French. Good luck. Here’s the final exams on Sunday,’” Hoyer said. “So just trying to figure it out. I mean, there’s some similarities, but just trying to take it one day at a time, and a little bit at a time.”

The good news for the Colts is Hoyer has done this before. He joins the team having been acquired midseason on three other occasions, including stops with the Pittsburgh Steelers (2012), Cardinals (2012) and Patriots (2017).

It was with the Cardinals in 2012 where he was introduced to Reich, who at that time was the team’s wide receivers coach. Hoyer left a clear impression on the second-year Colts head coach, who has continued to build a respect for the quarterback’s style of play — and to the way he’s bought into whatever role has been handed to him.

“He represents what we’re always about,” Reich said. “I always knew he was a tough guy — and you know how we really like that around here; that guy’s tough, physically and mentally — and then I just forgot how smart he is.

“This guy has been around the block, he’s been in different systems,” Reich continued. “I really think he’ll be a calming voice and a steady influence on Jacoby. And, of course, we think in our quarterback room with Nick (Sirianni) in there and Marcus (Brady) and myself, as coaches we love that dynamic, but there’s just something about having that guy in the locker room — you’re watching film on your own, you’re traveling on the plane together, you’re in the hotel, between meetings — there’s something about having that steady voice, a guy who’s seen a lot, been through a lot. Just really glad to have Brian.”